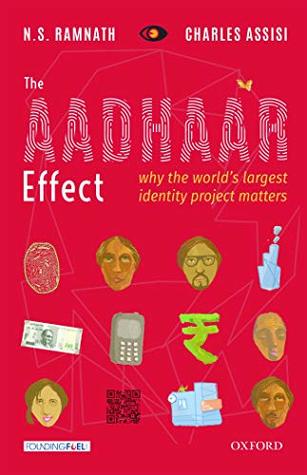 The Aadhaar Effect: Why the World's Largest Identity Project Matters

by N.S.Ramnath and Charles Assisi

Identification vs profiling; state welfare vs state surveillance; privacy vs transparency -- the idea of Aadhaar has bitterly polarized India since its launch eight years ago. No other project has captured the imagination of the people-or inspired such awe and anxiety-in recent memory.

Aadhaar began life with a singular mandate: offer an identity to those Indian residents who didn't have any. Along the way, it evolved into the welfare state's flagship technology and altered forever how government, business, and society interact.

The Aadhaar Effect is the story of the visionaries-bureaucrats, technologists, activists-who created or challenged India's biggest juggernaut. It is equally the story of humans conflicted about complex choices that may make the world a better place.

Award-winning journalists N.S. Ramnath and Charles Assisi dive deep into the 12-digit number that has touched 1.2 billion lives and counting-and in the bargain, made the world sit up and take note of India's ambition.