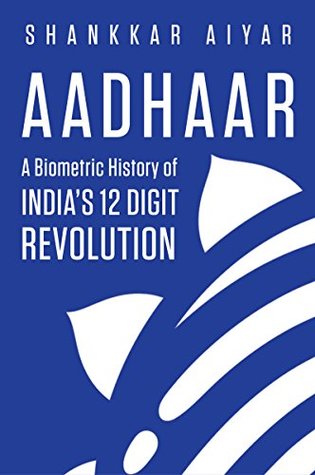 A complex tale of idealism, negotiation and realpolitik records how a revolution was engineered

Aadhaar was born in July 2009, yoking modern technology and management expertise to political will. The biometric-based unique identification system, built by tech czar Nandan Nilekani and his team of innovators, was designed to enable subsidies and social spends reach their true destination, plug institutional corruption and save trillions of tax-rupees. In July 2017, Aadhaar is 1.15 billion identities and growing.

Aiyar maps how Aadhaar’s application expanded beyond its original intent. He researches its ups, downs and turnarounds; discusses the concerns of activists and bureaucrats on potential misuse of the database for state surveillance; raises the urgent need for a data-protection and privacy law and spells out the solutions.

An unusual contemporary dramatization, this book is a breathless ride through recent changes in India’s political and economic landscape.